From a young age, Tom Teranishi has wanted to be able to give back and help others. Having received a lot of help himself because of his own visual impairment, he has chosen to pay that support forward throughout his life through his work and volunteerism.

Tom was born in Minto during the internment, and returned to Steveston in 1949. His first job was in grade 12, working with the Parks Board in recreation at Camp Capilano, a camp for children with downs syndrome. During university, he worked at a summer camp at Crescent Beach for underprivileged kids from the east side.

He developed an interest in social work, and became an ad hoc interpreter for Steveston Japanese seniors applying for old age pensions. He recalls that “there were no real services for the majority of Japanese speaking Issei’s” in the early 1980’s.

It was through his profession as a social worker that he met Ruth Coles, the current Nikkei Seniors Health Care & Housing Society’s Board President, and decided to join the Society’s board of directors. Tom has been a long-serving member of the board since Nikkei Senior’s incorporation in 1986, and our community has been fortunate to benefit from his perspective, wit, and expertise.

Tom says that spending a lot of time in hospitals, both as a social worker and as a patient, has given him a rather unique viewpoint, which has influenced his work with Nimi Nikkei Home.

“I try to make information on programs and services as accessible as possible because providers and resources are always changing”, he says. Tom has volunteered his time over the years writing Nikkei Senior’s articles for The Bulletin.

Tom feels the pandemic has really highlighted the need for socialization amongst the elderly — for someone to be there to reach out to them, and see how they’re doing.

“The pandemic has pushed isolated seniors even further into isolation which brings on depression and anxiety. How the pandemic has affected seniors’ mental health issues needs to be looked at especially”, he says.

What are your hopes for Nimi Nikkei Home in the short or long term?

“My short term hopes are that Nikkei Home can begin returning to a pre-covid state, with families being able to visit, and seniors able to go out into the community again”, he says.

“In the long term, I think we need to start looking at how our culture at Nimi Nikkei Home is changing, and how we can be more inclusive of peoples of other cultures”, he says. “Another trend we will need to address is that the average age of new residents is becoming older, so we will need to adapt to having more frail residents and how to allow their time at Nikkei Home to be as comfortable as possible.”

In his down time, Tom can be found enjoying music, concerts, plays, and art clubs. He also enjoys watching and playing sports, such as blind cross country skiing, blind curling, Vancouver disabled sailing, and doing yoga.

Thank you Tom for everything you have and continue to contribute to Nikkei Seniors! 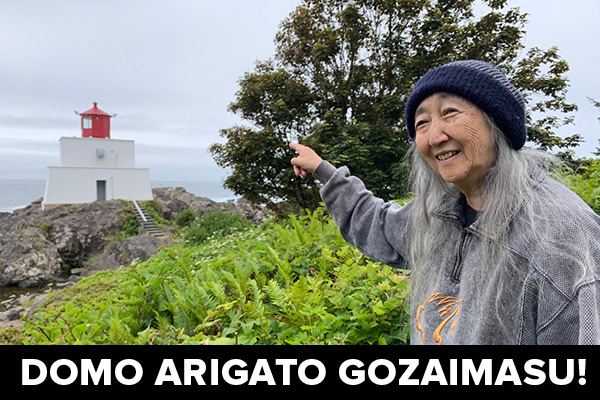 Thank you for your responses to the JC Survivors Health & Wellness Fund!